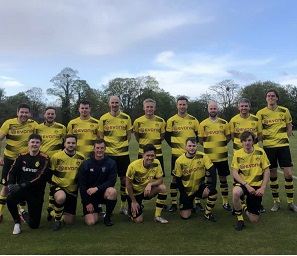 A Week of OL Football Matches

This week saw the return of many former pupils to the College, participating in two thrilling football matches versus the current Y12. The first match which took place on a sunny Tuesday evening involving former OL's Anthony Lyons, Matt Jackson, Michael Lawless, Danny Smith, Nathan Pickering, Dylan Luck, Adam Stringer, and many more ending a see-saw match with Anthony Lyons firing home a last-minute penalty to give the OLs a 4-3 win. On the Wednesday, saw the return of Steven Rawlings, Luc Haralambous and taking time off from his scholarship at Blackpool, Jak Wood. This match also provided many goals and this time it was the current Y12s who ended up the victors 6-5. It was a fantastic double event of sport with many asking for similar matches to be played on a more regular basis after such an enjoyable double evening.
Mr Cook (Director of Sport)