Pupils in Action in the House of Lords

Mr Barnicoat reports from the visit of some of our Y10 pupils to the House of Lords:

As a result of increasing strength in debating over recent years, Liverpool College was one of only nine UK schools to be selected by the English Speaking Union to debate in the annual House of Lords Chamber Event this year.

It is one thing to be selected, it is quite another to grasp the opportunity with the confidence, enthusiasm, and eloquence displayed by Liverpool College pupils on the day. Our group of Year 10s so impressed the trainers in advance of the debate that we were awarded three coveted pre-prepared Responsive Speaker slots. Esther M, Hajra K and Mercedes K-B commanded the House, and, with no visible sign of nerves, all delivered faultless and insightful speeches.

As the debate progressed, all eighteen Liverpool College pupils were fully engaged in the proceedings and furiously making notes. Every time calls went out for impromptu speeches from the floor, it was Liverpool College hands that went up first and with most purpose. As a result, we were called on four additional times and contributed more voices to the debate than any other school. Sama I, Molly M, Simone S, and Jan M all managed to create forceful, charismatic, and apposite speeches on the spot.

It is testament to the scouse spirit and the confidence of Liverpool College pupils that it was impossible to effectively round the group up at the end of lunch: every one of our pupils was engaged in discussion with a Lord or other dignitary.

Our pupils entered one of the most ancient and intimidating debating chambers in the world and they stood up with effortless conviction, wit, and intelligence. In addition, they charmed everybody they met. 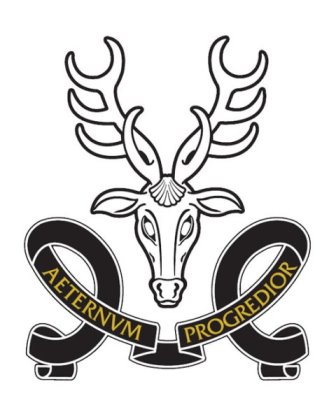 Brook’s House have spent a busy week fundraising for their nominated charity, Children in Need, as Ms McCone (Assistant Head of House) reports:

Monday: 15 teachers submitted their baby photos that were made into a worksheet which was then distributed to staff and pupils to "guess the teacher" from the baby photo. In addition to generating a few laughs, it also raised £55!

Wednesday: Mr Ridley, Mr Brady, Mrs Lines, Mr Heeley, Mrs Diamond, Mr Lowes and I took on the Sixth Form team in a netball match arranged by Olivia M and Andrew L. The match umpire, Kate B summed up the game well with the following quote: ‘Miss, if I had umpired properly the whole game would have had to stop in the first 5 minutes as the teachers were cheating’. Regardless of this the staff won 7-2 and raised £65 during the event.

Throughout the whole week, Brook’s pupils have been doing sponsored silences, having colouring competitions, guessing the names of teddy bears and many other activities which has raised in excess of £500 so far. 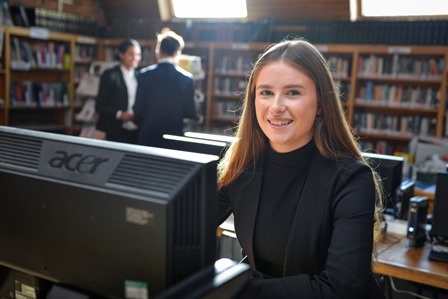 We welcomed a record number of visitors on Wednesday at the first of our Sixth Form Open Evenings. It was great to see our own Year 11 pupils and many from other schools touring our campus and speaking to students and staff to find out more about life in our SIxth Form. We are holding another Open Evening on 9th January 2019 (details here) by which time we hope to be able to show visitors our new Sixth Form Centre.  For further information please go to the Sixth Form Admissions page. Applications are now open and you can apply on line here.

If you have any questions please contact Sally Loveridge by email This email address is being protected from spambots. You need JavaScript enabled to view it. or telephone 0151 724 1611 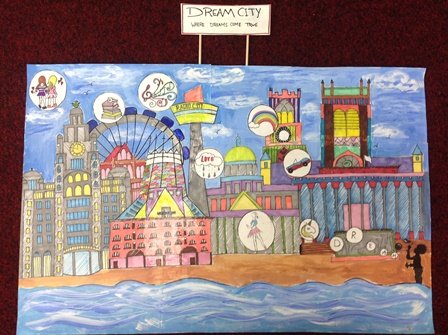 A huge congratulations to all pupils for the absolutely superb art work produced on the theme of Dreams for the House Art Competition this year.

It was such a pleasure to see the effort and detail in the work submitted. The ideas were so creative and original and the work was a very high standard. Purpose, passion and challenge was in full display! 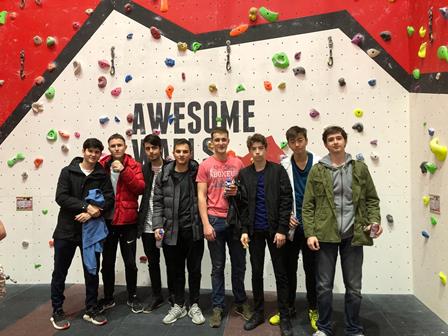 Thrills and Skills at Awesome Walls and Shiverpool

This weekend our boarders had a tough choice between a clip and climb skills test at Awesome Walls, where 30 foot high walls are graded in climbing difficulty by the colour of the route chosen on ascending, or a walk in the dark in the Georgian quarter of the city where visitors are escorted to some of the spookiest haunts to hear sinister stories, like the one about William MacKenzie's lost poker game, that led to him being entombed in a pyramid on Rodney Street, playing his cards very close to his chest! 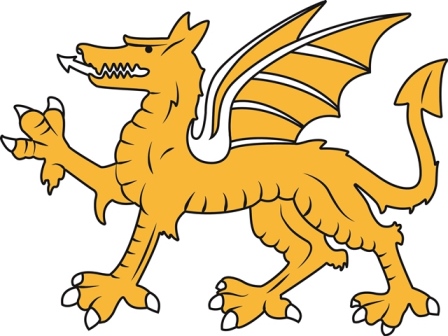 The League of Nations first met in January 1920 and the body, not the meeting, lasted until 1946. Following in their steps today, all our school councils met together for the first time as a Parliament of Houses. Our delegates ranged from seven year old Noel to quite a few 18 year olds. And each pupil sat in silence and listened thoughtfully and respectfully to the ideas and points delivered across a generation, with the one aim to improve our College. Our delegates all displayed the characteristics of our learner profile: Purpose, Passion and Challenge.

Positive developments were discussed first and the pupils really enjoy and appreciate the range of activities on offer. Our teachers were thanked for taking some pupils away to the Isle of Man for a ruby trip over the weekend. We also looked into how we can improve and develop our environment and our education, and these ideas will be shared with the senior leadership of the College. But first we have a water fountain to repair… 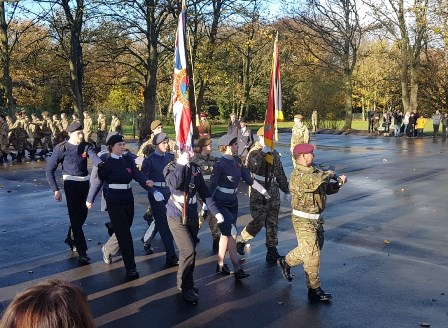 Thank you to Major Ridley (CCF Contingent Commander), our Chaplain, Mr Hammersley and all the CCF staff and cadets for Sunday’s Remembrance Parade and Service. The day was truly outstanding and a fitting tribute from the cadets. There cannot be many other schools that run such an inclusive and impressive Remembrance Sunday service.

In addition to the parades and service, there was also an art installation in chapel, a reading of the role of honour by cadets, a spine-tingling performance of ‘The Last Post’ and ‘Reveille’ from Gabby M (Brook’s) on the trumpet, a Chavasse display, pupil artwork, and a bake sale that raised over £650. With the addition of the money raised through selling poppies, we will be able to make a donation of almost £800 to the Royal British Legion's Poppy Appeal.

It was an incredibly positive experience for everyone involved and for the parents, members of Liverpool College Foundation, governors and other guests who attended. It was also a great opportunity to show and remind parents and guests what the CCF does and why we do it.